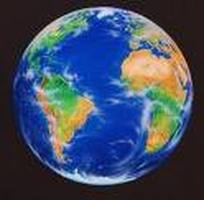 Contents [hide]  [edit] History There was no common language in the Philippine archipelago when the Spanish arrived in the 16th century. The three major linguae francae were Tagalog, Ilocano, and Visayan. As the Philippine languages are all closely related and therefore easy for Filipinos to learn, most speakers of smaller languages spoke in two or more such regional languages.

On 12 November 1937, the first national assembly in the Philippines approved a law creating a National Language Institute to make a study and survey of each existing native language, hoping to choose which was to be the base for a standardised national language.[3] The three main contenders were Tagalog, Visayan, and Ilocano.

In 1959, the language became known as Pilipino in an effort to dissociate it from the Tagalog ethnic group.[4]

Later, the 1973 Constitution provided for a separate national language to replace Pilipino, a language which it termed Filipino. However, Article XV, Section 3(2), mentions neither Tagalog nor Pilipino as the basis for Filipino, instead calling on the National Assembly to:

take steps toward the development and formal adoption of a common national language to be known as Filipino. This move has drawn much criticism from other regional groups.

In 1987, a new constitution introduced many provisions for the language.[5] Article XIV, Section 6, omits any mention of Tagalog as the basis for Filipino, and states that:

as [Filipino] evolves, it shall be further developed and enriched on the basis of existing Philippine and other languages. And also states in the article:

Subject to provisions of law and as the Congress may deem appropriate, the Government shall take steps to initiate and sustain the use of Filipino as a medium of official communication and as language of instruction in the educational system. and:

The regional languages are the auxiliary official languages in the regions and shall serve as auxiliary media of instruction therein. Republic Act No. 7104, approved on August 14, 1991, created the Commission on the Filipino Language, reporting directly to the President and tasked to undertake, coordinate and promote researches for the development, propagation and preservation of Filipino and other Philippine languages.[6] On May 13, 1992, the commission issued Resolution 92-1, specifying that Filipino is the

indigenous written and spoken language of Metro Manila and other urban centers in the Philippines used as the language of communication of ethnic groups.[7] However, as with the 1973 and 1987 Constitutions, 92-1 neither went so far as to categorically identify nor dis-identify this language as Tagalog. Definite, absolute, and unambiguous interpretation of 92-1 is the prerogative of the Supreme Court in the absence of directives from the KWF, otherwise the sole legal arbiter of the Filipino language.

Filipino was presented and registered with the International Organization for Standardization (ISO), by then Ateneo de Manila University student Martin Gomez, and was added to the ISO registry of languages on September 21, 2004 with it receiving the ISO 639-2 code fil.[8] In June 2007, Ricardo Maria Nolasco, then Chair of the Komisyon sa Wikang Filipino (Commission on the Filipino Language), acknowledged that Filipino was simply Tagalog in syntax and grammar, with as yet no grammatical element or lexicon coming from Ilocano, Cebuano, Hiligaynon, or any of the other Philippine languages. He said further that this is contrary to the intention of Republic Act No. 7104 that requires that the national language be developed and enriched by the lexicon of the country's other languages, something that the commission is working towards.[9] On August 24, 2007, Dr. Nolasco elaborated further on the relationship between Tagalog and Filipino in a separate article, as follows:

Are "Tagalog," "Pilipino" and "Filipino" different languages? No, they are mutually intelligible varieties, and therefore belong to one language. According to the KWF, Filipino is that speech variety spoken in Metro Manila and other urban centers where different ethnic groups meet. It is the most prestigious variety of Tagalog and the language used by the national mass media.
The other yardstick for distinguishing a language from a dialect is: different grammar, different language. "Filipino", "Pilipino" and "Tagalog" share identical grammar. They have the same determiners (ang, ng and sa); the same personal pronouns (siya, ako, niya, kanila, etc.); the same demonstrative pronouns (ito, iyan, doon, etc.); the same linkers (na, at and ay); the same particles (na and pa); and the same verbal affixes -in, -an, i- and -um-. In short, same grammar, same language.[10] On August 22, 2007, it was reported that three Malolos City regional trial courts in Bulacan decided to use Filipino, instead of English, in order to promote the national language. Twelve stenographers from Branches 6, 80 and 81, as model courts, had undergone training at Marcelo H. del Pilar College of Law of Bulacan State University following a directive from the Supreme Court of the Philippines. De la Rama said it was the dream of Chief Justice Reynato Puno to implement the program in other areas such as Laguna, Cavite, Quezon, Nueva Ecija, Batangas, Rizal, and Metro Manila.[11]

[edit] Filipino vs. Tagalog In practical terms, Filipino is the formal name of Tagalog, or even a synonym of it. It is sometimes described as "Tagalog-based", part of a political fiction that the national language is based on an amalgam of Philippine languages rather than on Tagalog alone.[1][12] It is usually called Tagalog within the Philippines and among Filipinos to differentiate it from other Philippine languages, but it has come to be known as Filipino to differentiate it from the languages of other countries; the former implies a regional origin, the latter a national. This is similar to the concept of the names given to the Spanish language, where Castilian tends to be used within Spain, and Spanish in international settings.[13]

[edit] Official status Filipino is constitutionally designated as the national language of the Philippines and, along with English, one of two official languages.[14]